In the fall of 2001, Lawrence and Lana purchased Victory Hall and set about to restore this 100-year-old vaudeville theatre to its former glory. It took nearly twelve years as, over time, the hall had been reduced to nothing more than warehouse space.

Sometime later Mark and Vicki purchased the old Allred Hotel next door and turned it into a bed and breakfast. The two couples became acquainted and learned that they all had careers in the entertainment industry.

One night Mark came to Lawrence and said, “I need a writer and a director.” Lawrence asked, “Why?” And Mark said, “Because I want to start a radio show in your hall.”

They, with their wives formed a partnership and although the match was one made in heaven, it took two years to finish the restoration and make plans and preparations to open the show. The rest is history, as they say. 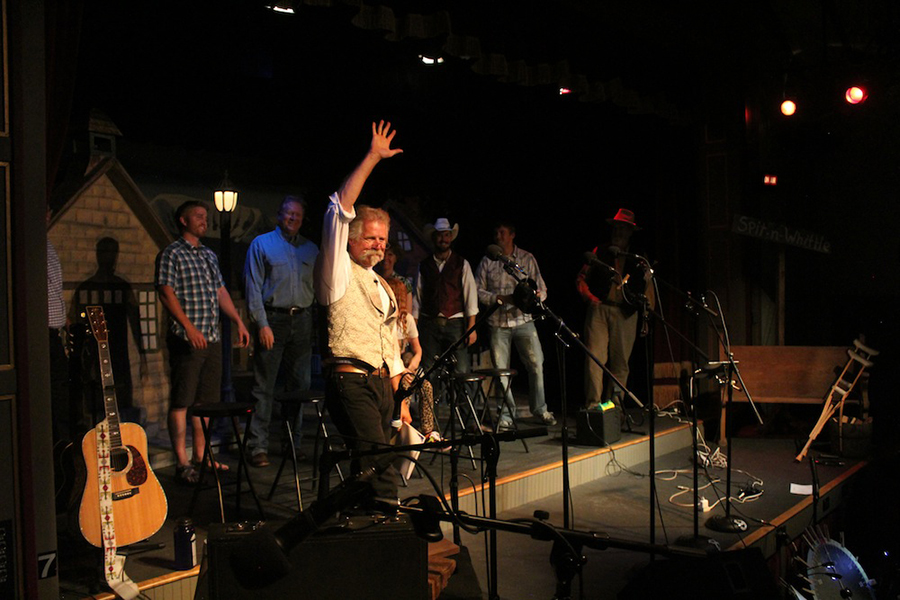